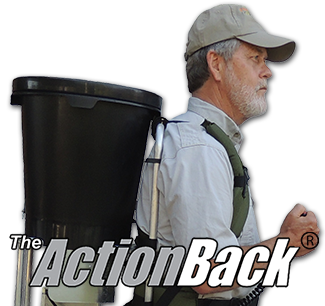 Some of the first memories I have as a child are those of my family going on camping trips, fishing and hunting with my Dad. I joined in as soon as I could walk and the outdoors has been a part of my life ever since. I gained an undying love for it’s calm, and it’s pure and natural beauty. My dream as I was growing up was to be able to buy some land and live my life outdoors, doing what I loved most. Somehow, as my life went by, my dreams seemed to slowly turn into a nightmare.

My Dad was a “company man” in the oilfield and that equated to lots of opportunities to be out with him and the guys, many times on trips to go fishing and hunting. For them, it seemed an opportunity to party. I grew up with a belief that part of having a good time included consuming large quantities of alcohol.

This belief carried its way into my high school years and since it was the late 60’s, drugs were also a part of that equation. This lifestyle got me in its grip and kept me from pursuing the plans I had for going to medical school. After a short marriage, I made up my mind that I would spend a few years just having a “good time”; after all, I had the rest of my life, right? The next thing I knew it was 10 years later and I found myself with nothing to show for my life but a lot of wasted years and broken dreams.

Even so, I had never lost my love for the outdoors and unknowingly, that would be what would eventually lead me to my salvation and back to my dreams. I got married again in 1984, to Mary Ann, and she has somehow stuck with me through a lot of things that most women wouldn’t. It was about this time that I had my first experience with God reaching out to me, when I called out to Him, after becoming lost while hunting on a mountainside in southeastern Okalahoma. But, I just passed it off and went on with life. We had the first of our three children in 1987 and I settled down, (somewhat), to a good job and the idea that we would raise our family and begin to live a “normal” life. But I felt like a normal life included alcohol and drugs, and I found myself still trying to fill up the emptiness of the hole inside me that I just never could quite figure out.